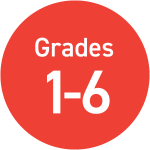 By Jennifer Overton
An MTYP Production and Tour

Two brothers share a room, a love of comic books and a rather strict routine. Jake is on the autism spectrum; his older brother Simon has to adhere to that routine to help Jake get through the day. When a televised spelling bee contest is announced, Simon sees an opportunity to be the centre of attention for a change.

“A fast-paced, funny, informative play that’s staged with flare and creativity.” – The Coast

Recommended for Grades 1 to 6
approximate running time: 60 minutes with no intermission

“The show informs the audience about ASD in a way that is both considerate and honest, reminding us all to embrace our individualism.” – DART Critics

“A wonderful, illuminating show for young and old. We can be proud that a theater piece of such high quality is circulating among our schools, educating our children and (maybe more importantly) our educators.” – Creative Loafing Charlotte