Do the young people in your life love nature and the arts? MTYP is pleased to once again partner with FortWhyte Alive to offer two unique camps this summer.

“If you love theatre and nature, then this is the camp for you,” says Heather Russell-Smith, one of the camp coordinators. No previous experience in theatre is necessary to register or to enjoy this immersive camp. Last summer was the first time these camps were offered, and students included a very even mix of junior naturalists and those who had never been to FortWhyte Alive before.

The first camp, Into the Wild, takes place from July 25 to 29 and is for children ages 10 to 12. The focus will be on the different animals that can be found at FortWhyte Alive. FortWhyte Alive’s Connor Milligan says, “They’ll look at species on site which will include a Bison hike and dip netting – where they go into the wetlands and fish the critters out of the wetlands and bring them in and look at them closer under microscopes.” 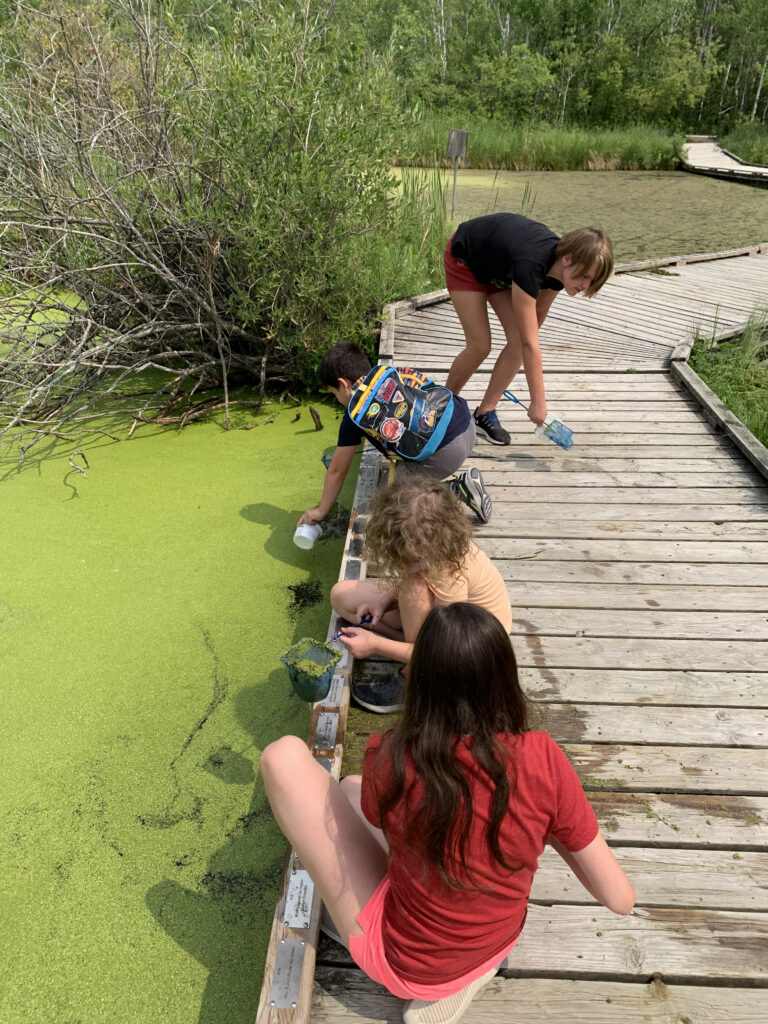 “Being a part of nature is a really fun part of this camp,” says Russell-Smith. “The campers will be inspired by the location and take it to create a story.”

The second camp’s theme is Campy Camp Outs. This camp is for teens and runs from August 22 to 26 and focuses on wilderness survival, including fire lighting, knot tying, navigation, and even a set-up-your-campsite race. Milligan says this summer’s camp is modeled after last year’s, but with a few surprise enhancements.

The schedule for both weeklong camps is the same. Campers will spend Monday and Friday at FortWhyte Alive and the rest of the week will be at MTYP, located in the heart of Winnipeg at the Forks.

Milligan says that he learned a lot working with the campers last summer, including how creative they can be. One group went into more of a fantasy realm and created their own creatures and the other based their play around conservation efforts and forest fires. “It was interesting to see the different perspectives on how art and science could meld.”

Bringing these explorations together in new spaces, means one never knows what might happen. Russell-Smith recalls during her first conversation with Milligan this spring, he mentioned that one night a mink snuck in and ate all of the fish in their fish tank. “Apparently, that happens more than you would think,” she says. “These camps are literally in the wild, after all. You really get to be a part of that.”

You can register your 10 to 12-year-old camper for Into the Wild and your teenaged camper for Campy Campy Outs here.