The North American premiere of Tiny Treasures will take place at MTYP this November. The play, written by playwright Kevin Dyer, came about as a result of consultation and creative workshops with young carers in the UK. Tiny Treasures tells the story of thirteen year old James, as he cares for this unwell mother and helps to raise his younger sister.

Director Stephen Colella believes that young caregivers in Canada are paying a tremendous price for their unseen acts of love and sacrifice. It’s estimated that more than 1.25 million Canadian youth aged 15-24 provide some form of unpaid caregiving for their families. With little support from the government and social services, the situations these young people face are often unrecognized or barely discussed among Canadians.

What follows is an interview with Mr. Colella about Tiny Treasures and how it hopes to shine a light on this rarely discussed phenomenon.

Q  Why is a play about young caregivers important and relevant now?

A  Tiny Treasures looks at how capable and resilient these young people are who provide care to their families. James, the main character in the play, is dedicated, intelligent and creative.  But the question with James, as with all young caregivers is:  should they be the ones to have all of this on their plates? In the UK, where this play was originally written, this increasing awareness of the challenges young caregivers are facing. There is a need to recognize young people like James and find the way to provide them support — both as the adults who are responsible for young people in our society and for the other young people who are their peers.

Q  The intention of the play seems to be to shine a light on this subject, but not to pity these young caregivers.

A  That’s very much in the writing. The creation of this play was facilitated with the assistance of a group of young caregivers. In speaking to these young people, one of the things the playwright learned is that what they don’t want is pity. They are quite capable of doing what they need to for their families, but they also need assistance and to be seen to be effective.

Developing the play alongside these young people was key. The proper way to create this kind of work is to ensure that these young people had input and that the final result reflects their realities. That’s why James is such a strong character – because their amazing qualities shine through in him. 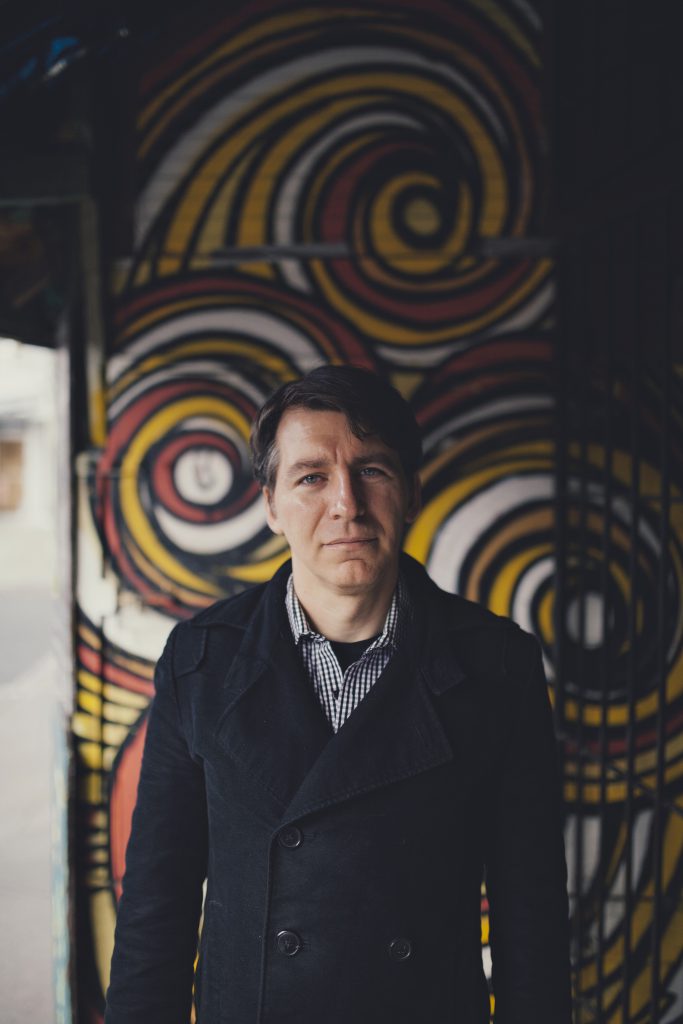 Q  Tiny Treasures has three distinct sections. A single actor monologue, a movement section and finally, the mother and son together. What do you think Kevin Dyer is trying to achieve with this structure?

A  While there are three sections in three different styles, I also want to blur those styles. I want the story to connect through and be consistent despite the different forms. On stage, these different forms are ways of telling the same story from a distinct perspective. The first part isn’t so much a monologue as a dialogue with the audience. The movement section allows us a window into the emotions and mental challenges that James is keeping bottled up and can’t tell or show us. In the final scene with mom, she is finally able to speak and to create some positive change for her son, despite his resistance to her offer.

To me the play’s structure and different storytelling languages have always felt appropriate to the story that needs to be told.

Q  Canada has more than 1.25 million youth between the ages of 15 ad 24 who provide some form of unpaid caregiving. In the UK, where Tiny Treasures was researched and created, there is a greater level of support for young caregivers. Why do you think this phenomenon is so hidden in Canada?

A  I’m not sure of the cause on a national level, but I think Canada is behind the UK in acknowledging this issue. Regardless of nationality, I think these situations remain hidden because there might be some shame involved. The role of the parent is to take care of their children. When a young person also takes on the responsibility of caretaking, either for a parent or for another sibling, we as a society unfairly judge the parents as failing. I think it’s easier for families to keep these situations hidden as they have no other alternative means of support. If we haven’t created these avenues of support, people won’t go looking for it. The families will just deal with their situations as best they can on their own. In the play, there are very real consequences if the family’s situation is discovered. If the mother in the play is found to be unfit, then her children will be taken away to foster care. In order to prevent this, James must not only provide care beyond his means, he must do so hidden in silence.

Q  One of the messages of the play seems to be – “Sometimes we just need to let kids be kids”. How do you see this message being communicated in the play?

A  What I think ends up happening is James as a caregiver puts everyone else first. He comes last. I think young people need to take care of themselves and grow themselves at this point in their lives so that their identity isn’t dependent on their relationship to others but stems from their own wants and needs. They need to be able to discover what it means to be themselves.

Tiny Treasures will be performed from November 8 to 17 at MTYP. The play then embarks on a five-week tour of Manitoba high schools. Tickets for the MTYP shows are available online at mtyp.ca or by calling 204.942.8898